We are proud to announce that Fish for Life will be screened at the tricky women festival 2020. Three of our four filmmakers are women. It is a great pleasure for us to appreciate this fact as well since the film industry is still dominated by men.

From March 11th to 15th, TRICKY WOMEN / TRICKY REALITIES celebrates another time women’s* creativity in animation. As every year, the festival takes place around International Women’s Day. The program creates a space in which the artistic work of women occupies the presence that it deserves.

For five days, short and long animated films, workshops, exhibitions, lectures and artist talks invite you to immerse yourself in unknown animated film worlds. The visitors can take a fresh look at social realities beyond standardized viewing habits.

Wohooo, Fish for Life has got another selection, this time from the Longwood Animation Film Festival. LAFF is an annual film festival event hosted by the Graphic and Animation Design program of Longwood University in Farmville, Virginia. For this year’s festival, the opening night was yesterday in Bedford Hall. The selected shorts will run on a loop in the Bedford Gallery until February 28th, 2020. The team would like to thank for the selection!

Hurray, we received great news, another official selection – Fish for Life will be screened at MONSTRA 2020. It will be the 20th anniversary, held in Lisbon, between 18-29th March. The team feels so honoured and proud to be part of the Students Shorts Competition at the great Portuguese animation film festival. If you’re around in Venue, Cinema São Jorge, then feel free to watch our film on the 23rd March.

Since 2000, MONSTRA | Lisbon Animation Festival has as main goals to celebrate artistic transversality and to promote encounters between people with different artistic backgrounds by using the most basic and multidisciplinary language we know: the one of Animation Cinema.

Another selection in 2020 – Fish for Life will be screened at the Ekotopfilm-Envirofilm Festival in Bratislava and Banská Bystrica from 11th to 15th May.

46 years! How many festivals can live up to that? Festival has established more than 5000 partnerships in more than 58 countries. It is the largest festival of its kind within the Slovak Republic. More than 1 million of visitors had attended.

The festival focuses the people’s attitude and relationship towards the environment. Nowadays this is an important topic in society. Therefore, the team of Fish for Life is very happy to be part of this festival.

Wow, fantastic news at the beginning of 2020 – Fish for Life has got selected at the Hollywood Art & Movie Awards in Santa Monica, Los Angeles. Our film will be screened on January 23rd at the Promenade Playhouse. The team of Fish for Life feels so honoured!

A Los Angeles Film Festival with a French Touch: the Hollywood Art & Movie Awards is the new generation festival in the City of Angels. 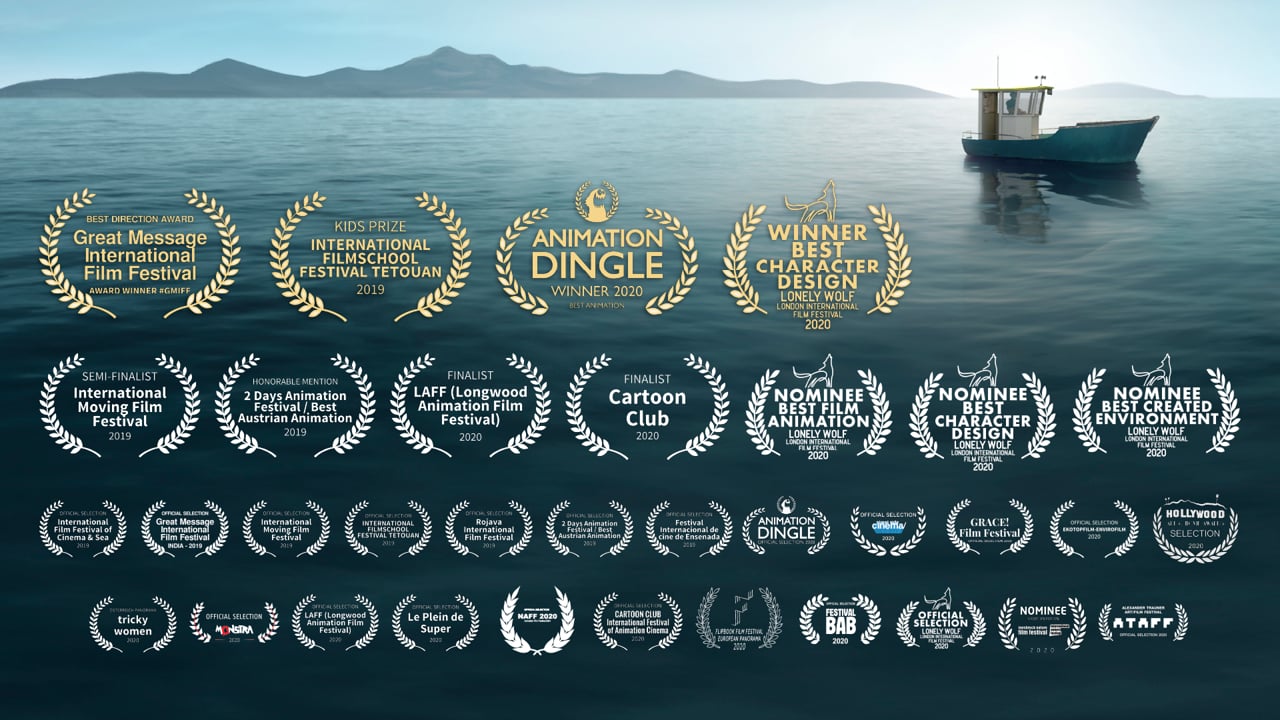 Great news – our trailer is finally online. Have an enjoyable watch! The team of Fish for Life wishes you a great start into the new year and all the best for 2020 to everyone!

Fish for Life is an animated short which was created from 2017 to 2019 from four ambitious young filmmakers. Since summer 2019 it has been screened at several animation film festival around the world. This is a great honor for us.

It’s official – another selection for Fish for Life! Amazing, that people all around the world be able to watch our film. The team of the animated short is very excited, that our work will be screened on the 14th of December in Berlin, at the Grace Film Festival. The screenings will be shown at the Arsenal Cinema.

Fish for Life has got the Kids Prize at the Tetouan Festival. This is a really awesome honor for the team! The school film festival has taken place from 25 to 30th of November, as mentioned in a previous post. We couldn’t be at the festival in Morocco, so we sent a recorded thank you speech instead. However, we’re really excited to get another award, therefore the team is very thankful.

We reached the great news of another official selection – this time from the streetside cinema/ festival. The team feels very thrilled, that Fish for Life will be shown in North Carolina during a time period between 1st January till 31st March.

The a/perture cinema in Winston-Salem, NC will screen a daily outdoor film program. This non-profit art-house cinema is open every day of the year and screens over 200 films each year. The festival’s aim is to reach a broader audience and to make cinema accessible to the people. streetside cinema/ will screen daily from 1st January to 31st March on the sidewalk outside of the cinema.

streetside cinema/ is an attempt to make film a “public art”. Besides that, the festival encourages filmmakers to promote their films also to industry professionals, distributors, and the press.

On this map you can see where our animated short will be screened next year:

A part of our team visited the Vienna premiere of Fish for Life on the 27th of November, last Wednesday at the 2 Days Animation Festival. It was quite exciting to be part of this great event. Our work was shown in the first part of the Austrian competition at 7 pm. It was also a great pleasure to watch so much other artwork on the big screen.

On the second day, the award ceremony took place. Fish for Life received an honorable mention from the jury. It’s a great honor to our team that our work is acknowledged this much. If you’re interested in photos of the festival, please feel free to visit the Best Austrian Award facebook page.

Privacy Settings
We use cookies to enhance your experience while using our website. If you are using our Services via a browser you can restrict, block or remove cookies through your web browser settings. We also use content and scripts from third parties that may use tracking technologies. You can selectively provide your consent below to allow such third party embeds. For complete information about the cookies we use, data we collect and how we process them, please check our Privacy Policy
Youtube
Consent to display content from Youtube
Vimeo
Consent to display content from Vimeo
Google Maps
Consent to display content from Google
Save
Manage Cookie Consent
To provide the best experiences, we use technologies like cookies to store and/or access device information. Consenting to these technologies will allow us to process data such as browsing behaviour or unique IDs on this site. Not consenting or withdrawing consent, may adversely affect certain features and functions.
Manage options Manage services Manage vendors Read more about these purposes
View preferences
{title} {title} {title}